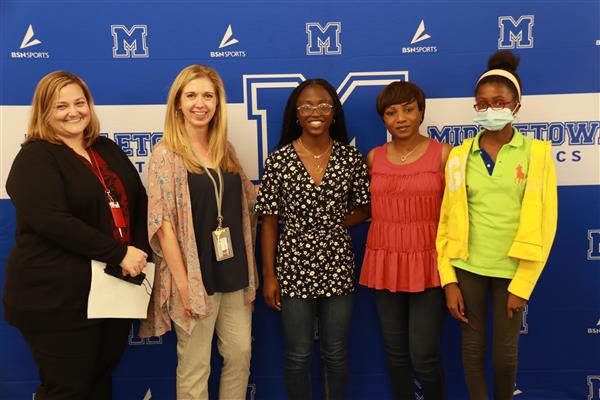 Oluwasayo "Sayo" Kumapayi, a Middletown High School junior, was recognized at the May 18 Board of Education meeting for being named one of the nation's top 16 debaters.

In April, Sayo participated in the Debating World Cup (Spring League), hosted by Harvard Student Agencies in collaboration with Learn with Leaders. The Debating World Cup consists of three leagues: spring, summer, and autumn. Each League spans three weeks, offering a rich combination of Harvard mentorship, debate training, and practice that can lead to perfection.

Sayo participated in the Spring League, which consisted of an exclusive group of high school students who were rigorously screened from institutions around the world and competed on a global stage. During the league, Sayo learned to structure a compelling argument, develop her skills in public speaking and confident persuasion, raise her voice on global and local issues, and create change.  Winners from each of the Leagues will compete with Harvard students and global peers for the World Cup Finale, which will be held in December 2022. Sayo was selected as one of the top 16 debaters, and will be moving on to the National Championship of the Debate World Cup. Congratulations, Sayo!