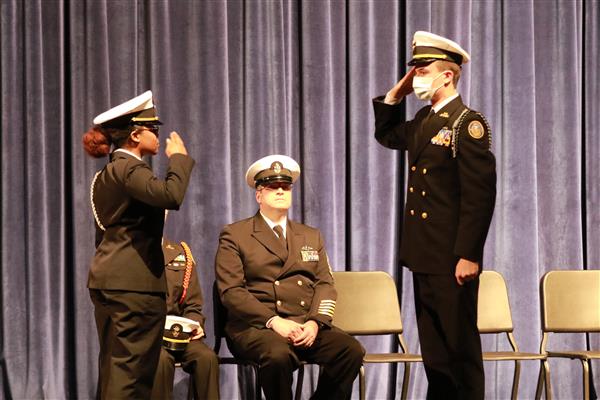 Middletown High School junior Aiyana Taylor (left) assumed the role of Cadet Lieutenant Commander of the NJROTC during a ceremony on April 21 in the school's theater. She takes over for graduating senior James Cangialosi (right). Taylor was Air Rifle Team Commander during this school year.

See photos from the ceremony, which also included a number of promotions.

Congratulations to the following Cadets on their new positions: